Baby, Put Your Red Dress On! August in New Orleans 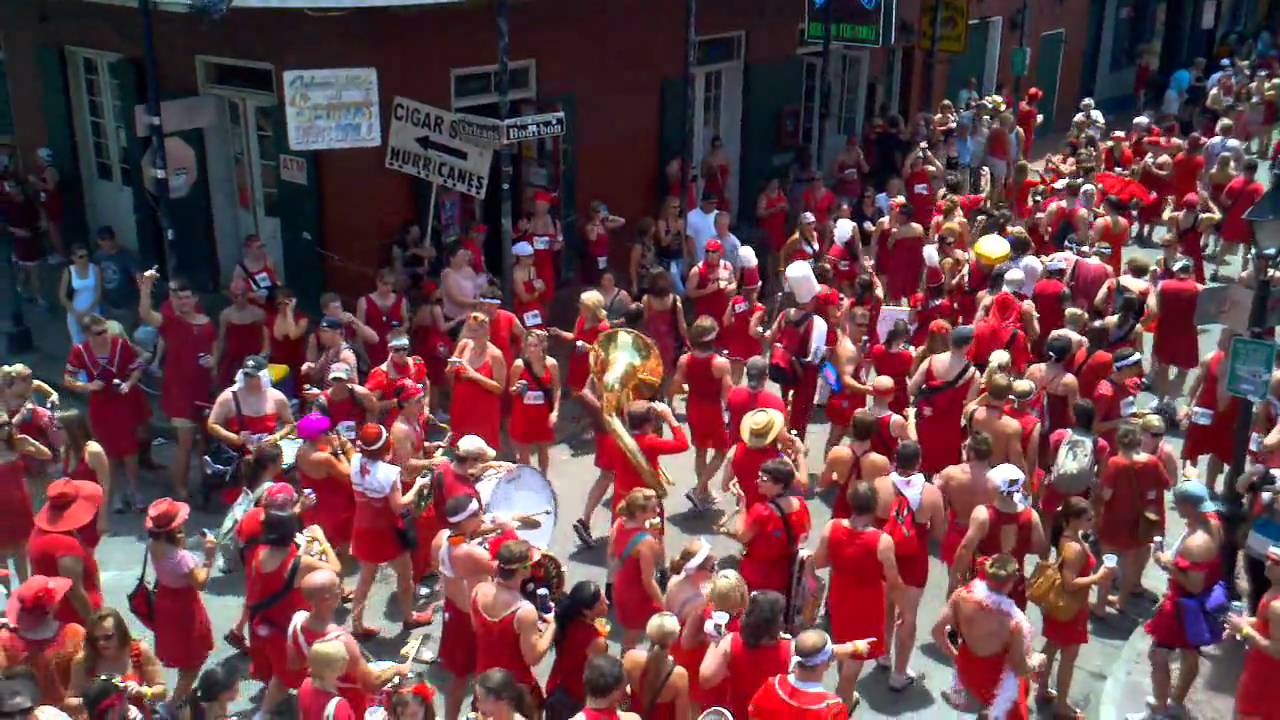 It's summer in New Orleans and there’s a lot to do in our sultry city! Whether you are running around in the French Quarter wearing a red ball gown or strolling the Warehouse District in white linen, you will not be bored in New Orleans during the month of August. Check out some of our favorite events and book your hotel now. Hope to see you there!

Get out your stretchy pants. Coolinary New Orleans is all month long! Eat your way through the city, enjoying prix-fixe brunch, lunch, dinner and menus as you go. Check out the offerings at Tujague’s, Commander's Palace,  SoBou, The Pelican Club and Crescent City Brewhouse. Make your reservations now! Learn more.

You do not want to miss Satchmo SummerFest if you are in town the weekend of August 6 & 7. Named after New Orleans very own, Louis "Satchmo" Armstrong, this beloved music festival at the New Orleans Jazz Museum at the Mint is three days of music, food and fun. See the 2022 Satchmo SummerFest Music Lineup. View the Culinary Lineup.

August is Museum Month in New Orleans and that means if you're a member of one museum, or become one, you can visit all participating museums for free this month. Click here for list of musems.

Celebrate art, community, and  culture in the Arts District New Orleans at Fidelity Bank White Linen Night. This block party for art lovers will be held on Julia Street August 6th. For approximately four hours, the street will be closed to traffic so art enthusiasts adorned all in white can stroll in and out of the many art galleries along Julia. There will also be live bands playing in the streets as well as food and beverages from some of New Orleans top restaurants and bars available to purchase. The event is FREE. Oh and don't forget to wear as much white as possible!

The French Quarter's answer to White Linen Night will be held on August 13th this year. Put your dirty white linens back on from August 6th and have some fun in the Vieux Carré. Learn more.

On Saturday, August 13th, prepare to see hundreds of people running through the French Quarter in red dresses for the annual New Orleans Red Dress Run, the “biggest little Red Dress event in the world”!  The run is sponsored by the New Orleans Hash House Harriers, the self-proclaimed “drinking club with a running problem.”  But it’s not just about the alcohol.  All proceeds from the event go to charity. For more information, visit nolareddress.com.

Who dat say they gonna beat 'dem Saints? On Saturday, August 13th the New Orleans Saints will battle the Houston Texans in Texas and on Friday August 19th, the boys in the black and gold will take on the Packers at Lambeau Field (with a name like Lambeau it sounds like that ought to be a home game but it's not). Still, there will be game watching parties all over town so come on out and have some fun. Then on Friday, August 26th, New Orleans will host the Chargers in the Superdome. Make sure you check out the tailgate party in Champions Square before the game for fans, food and live music! Who Dat!

Stay in the Heart of the Action

Many of the city's best hotels are right in the middle of all of these exciting events! Book now!

Make It a September to Remember in NOLA